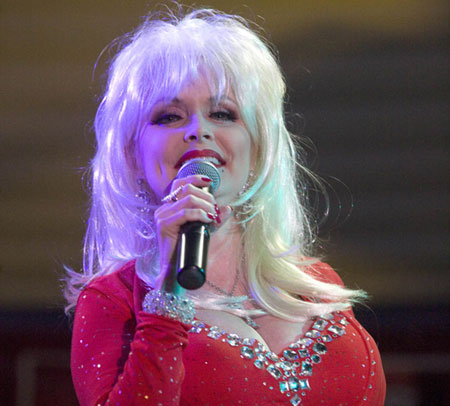 Becca Bongiorno was born in Houston, Texas and grew up in western North Carolina, close to the Tennessee line. Music was always in her blood, especially with the influence of her Grandfather, a fiddler and pianist, who was also Professor of Music at Millersville University in Pennsylvania.
She trained in piano and voice at an early age, and later in guitar. She enjoyed imitating musical artists vocal tones and sound.
After graduation, she began touring all over the east coast and later in Central America, performing various musical shows and playing nightly shows in seven major music theaters in Myrtle Beach, SC. While in theater, her love for vocal imitation and cosmetology lead her to portray character roles like Marilyn Monroe, Olivia Newton John, Stevie Nicks and Anni-Frid Lyngstad (Frieda of ABBA), until landing “Dolly Parton” as her mainstay character in 2012, due to the incredible response from her audiences, as well as several similar features and natural characteristics she carries.
Becca is one of the few Dolly Parton tribute artists who actually plays acoustic guitar on some songs, just as the real “Dolly” does.
Presently, she portrays “Dolly Parton” for audiences mainly all over the eastern and mid-western regions of the US. She offers a spunky, funny, energetic version of the “Dolly” we all know and love!!"