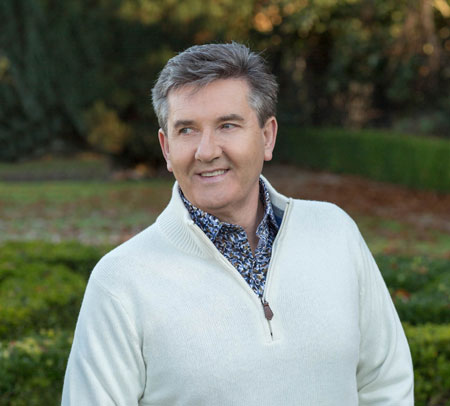 Daniel O’Donnell’s remarkable career has moved on to a new level with his success as a TV presenter, just another facet to his ever-expanding list of entertainment achievements.

The Donegal based singer, who is one of the most prolific and successful recording artists in the UK charts, is the only artist in the world to score a hit in the UK album charts every year since 1988, an unprecedented and unbroken 34-year span, and in doing so, he has outshone everyone from Michael Jackson and Madonna, to U2 and the Rolling Stones.

Including this latest release, Daniel has now amassed 47 Top 75 albums, including 41 Top 40 albums, 29 Top 30 & 19 Top 10 albums, with 17 of the latter being this century, a feat that has not been achieved by any other recording artist, and has now sold well in excess of 15 million worldwide.

As he looks back on his legendary recording and touring career, Daniel can appreciate the pleasure he has brought millions of his adoring fans, his selfless philanthropy, and receiving his Honorary MBE for services to the music industry and charity.

There is no doubt but that Daniel intends to continue touring around the globe with his unique, life affirming shows of music, song and laughter, for a long time to come.