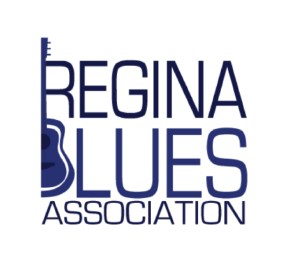 The Stillhouse Poets kick off the 2020 festival mainstage with their 4th appearance at the festival! The blues n’ roots duo’s influences are drawn deep from the musical well-waters of the Mississippi Delta and Appalachian mountains. Brent Nielsen (guitar, harmonica, loop pedal, harmony vocal) and Kirk Hextall (lead vocal, light percussion) are the men behind the music. They co-write their original material, and have two albums under their collective belts. Both albums are given a stripped down treatment; there’s no lipstick or rouge, just foot stompin’ grit with backwoods harmony and a kick drum heart.

School of Rock Regina opened its doors in late 2017, and was quickly embraced by the Regina and area community. Its Performance Band represents some of the best young musicians in the province. The band hits the stage as the Mid-Winter Blues Festival’s official Tweener act on opening night.

Regina’s high-energy harmonica blues/rock/reggae Call Me Mildy has been performing in festivals and events across the province since it formed five years ago. Releasing two albums (2016, 2019) written by founder Greg Mildenberger (Mildy), the 2019 release ‘It’s About Time’ had Mildy’s song Runnin’ featured on an international blues release from the UK’s Ramshaw Records. With a Chicago-based music publishing contract also under its wing, Call Me Mildy is receiving local and international radio play while getting attention inside the province and beyond.

Hanging out with local musicians was a sure-fire way for left-handed guitarist Dan Silljer to secure his place in Regina’s flourishing music scene. A musician’s musician, Silljer’s versatile and ambling playing style has kept him busy as one of Regina’s best kept musical secrets. Silljer’s band brings its blues funkabilty to the 2020 festival.

In 2019 Mill Street Blues is celebrating its twentieth year together.  Members of the band have come and gone but the core of the group keyboardist Otis Young and guitar player Dale Sauer have been with it from its early years. Pat Kelly and Terri Hamilton bring the heat forming the drums and bass backbone. Mill Street Blues has performed several times in past versions of the blues festival, and return for 2020 with their tight four piece attack.

It’s a blues world and Sugar Brown is living in it and “calling all blues” with real grace and style.  The Toronto-based vocalist, songwriter and multi-instrumentalist found his full creative voice on It’s A Blues World (Calling All Blues!), his third album released in 2018.

Brown’s brand of dark, sweet, and inconsolable blues has caught the attention of the Canadian music scene, winning the 2013 Toronto Blues Society Talent Search. He learned to play from Chicago’s famed West Side blues raconteur and singer, Taildragger as well as from other blues legends such as Dave Myers and Willie “Big Eyes” Smith. Brown’s songs are passionate, singular, and soulful, constantly resisting generic, mainstream formulations. Sugar Brown is offering us an open-hearted welcome to his blues world.  It would be foolish to resist.

A monstrously fun, surf-influenced roots combo with a love of horror, country and rockabilly music, Eve Hell and The Razors are led by singer/upright bass player Eve Hell’s desperate, yet sweet n’ smoky vocals. She’s supported by the rock solid reverb and twang of Mike Hell’s guitar and the boom-crash of Richie Ranchero’s drums.

The band started in the genre Psychobilly and has now expanded into something more rootsy and earthy…and more than 3 chords.  Eve Hell & The Razors unleash their high energy show and will rain down their love of rockabilly on Regina’s appreciative festival audience.

Combining Rock & Roll swagger and decades-deep blues style, The Harpoonist and Axe Murderer are widely known for their amazing live shows and commanding stage presence.  They have received several nominations for Maple Blues Awards and a Juno award and won the Sirius XM Indie award for Blues Artist of the Year (2013) and West Coast Music Awards for BreakOut Artist of the Year (2017).

Armed with an arsenal of harmonicas, a mess of foot percussion, and a road-worn Telecaster, Shawn ‘The Harpoonist’ Hall and Matthew ‘The Axe Murderer’ Rogers kick out raw and primal blues in the tradition of a ‘decades-deep blues style’ while infusing the genre with a jolt of renewed energy.

Energetic blues has been the calling card of the UK’s Savoy Brown since Kim Simmonds formed the band in 1965.  “Blues rock” became the catch-all phrase in the late 1960s to describe the band’s music along with that of contemporaries such as Cream, Fleetwood Mac and Jimi Hendrix. Simmonds has been the group’s guiding hand from the first singles released in 1966 through to the band’s newest effort, their fortieth album, City Night, released June 7th, 2019. The album features Kim Simmonds on vocals and searing lead guitar complemented with Pat DeSalvo on bass and Garnet Grimm on drums.

Savoy Brown and Kim Simmonds have a body of work that is matched by only a small portion of musical artists. As they continue to tour the world, young and old find inspiration in their timeless music, classic style and ageless performances.

Regina's Jack Semple has reached an international audience for his songwriting, recordings and performances as a vocalist and flamenco-technique, groove-loving guitarist. Juno recipient, two-time winner of the Western Canadian Blues Album of the Year, Grammy ballot nomination for "Contemporary Blues Album" in 2018 and 2019 and two-time Gemini nominee, what Jack enjoys most is jamming live!

Semple’s tight band returns to the Mid-Winter Blues Festival and kicks off the festival finale with what promises to be a tremendous night of entertainment!

American blues chanteuse Shemekia Copeland never holds back.  Her instantly recognizable voice – capable of being sultry, assertive and roaring – delivers every song with unparalleled honesty and passion.  Her wide-open vision of contemporary Americana roots and soul music showcases the evolution of a passionate artist with an up-to-the-minute musical and lyrical approach. Her intensely empowering, American music is as insightful as it is fun.

Her new album, America’s Child, received two Blues Music Awards: Album of the Year and Contemporary Blues Album of the Year.  It is Copeland’s most compelling work yet, with music swelling beyond Blues and into spirited Americana, with elements of rock, soul and country.  Shemekia sings with passion and insight about the chaos and uncertainty in the world while still finding joy all around her.