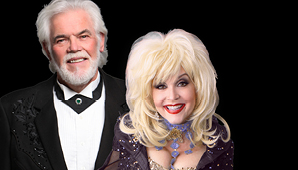 Kenny Rogers and Dolly Parton are each legends in their own right. Both have enjoyed singing AND acting careers that have spanned approximately five decades.

In 1983, Kenny and Dolly took their show on the road with their “Real Love” tour also known as “Together”, performing their individual hits, as well as popular duets that each had recorded together or with other artists. Talk to anyone who was at one of those shows and they will tell you that the chemistry between Kenny and Dolly was magical.

“Together Again”, the #1 International Tribute to country music’s favorite couple, starring Marty Edwards and Wendy T recreates that chemistry and magic. “Together Again” is not just about the great solo and duet hits – it’s about entertainment! Sit back and get ready to enjoy an incredible tribute to Country Music’s Favorite Couple - Dolly and Kenny.